A New Era for Bicyclist and Pedestrian Planning 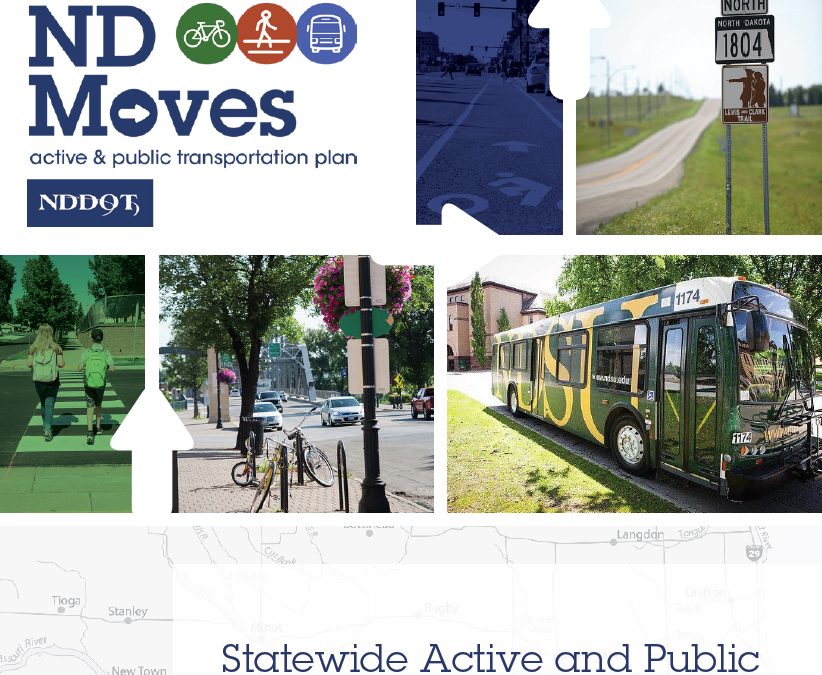 So what does this new plan do that the old bicycling plan didn’t do? The development of the NDMoves plan brought together the building energy and interest in active transportation of transportation planners, public health officials, and residents from around North Dakota with a cultural change at the NDDOT. This energy and interest grew significantly beginning in the mid 1990’s.

A parallel energy was growing in the early 2000’s with an interest in the revival of downtowns in North Dakota. These redevelopment interests helped to drive discussions around walking and bicycling, especially the feasibility of these forms of active transportation. As one would imagine, the growing energy and interest around walking and bicycling found its primary lifeblood in the urban areas of North Dakota, especially Fargo, Grand Forks and Bismarck.

Another parallel that has been growing in the United States is the Vision Zero effort around the United States. The premise of the Vision Zero effort is that we should attempt to reach zero deaths as a goal every year. This is a very different approach than the past approach which assumed there would be a certain percentage of fatalities every year and that was just “the price of doing business” on public roadways.

Sincerely Yours in Cycling and Walking,